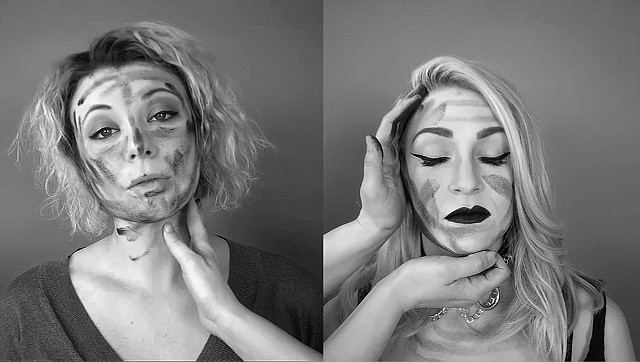 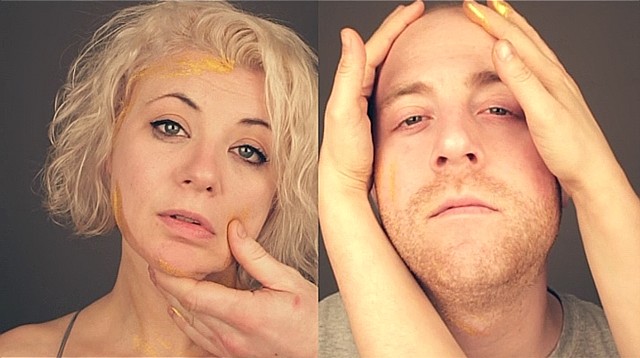 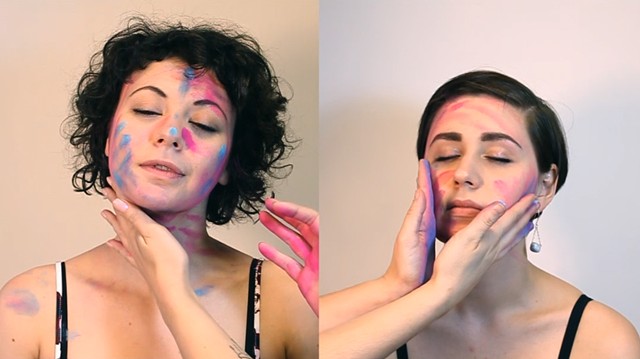 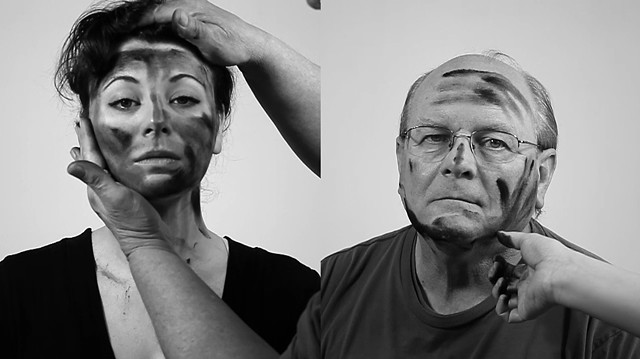 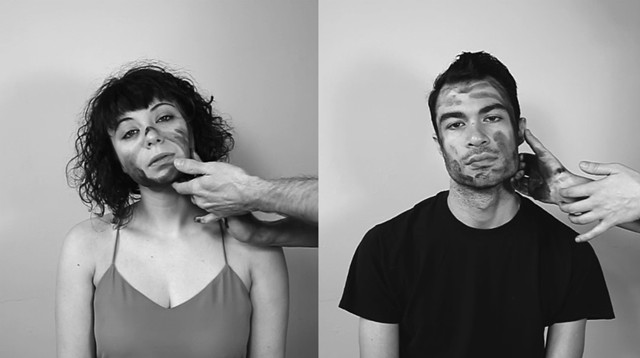 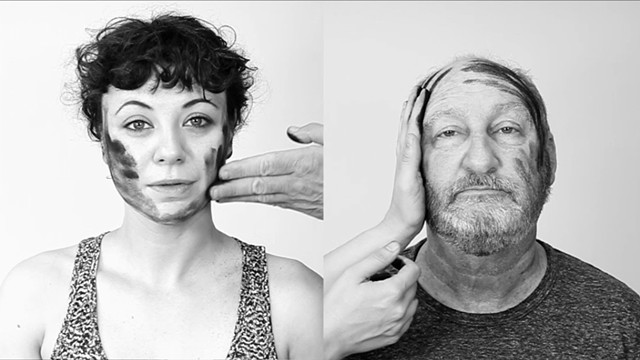 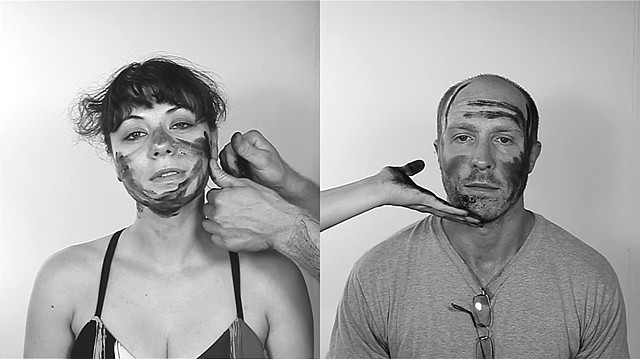 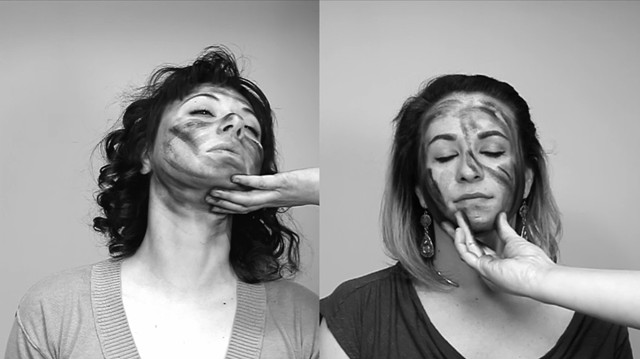 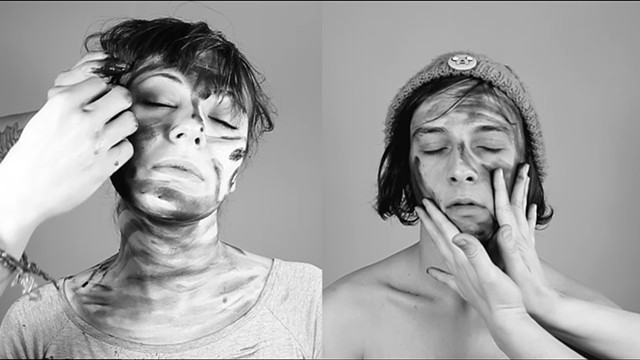 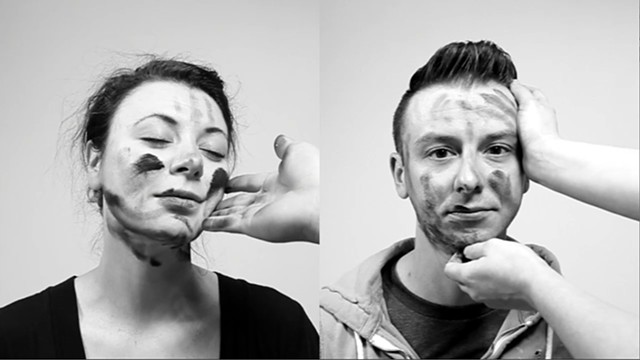 Why I mark myself and others: The use of charcoal to mark myself and others is deliberate. It shows where a body has been, how much covered, the motion, the force, and the repetition. Charcoal builds up over time. It does not wash off easily. It accumulates, like a visual memory of the interaction. Unlike scars that are long term evidence of trauma, the charcoal marks will eventually disappear as the weight of each individual touch dissipates over time.

RAVAGE ME UNTIL I CANNOT BREATHE ANYMORE

The camera is an interesting element to this ongoing project. The camera wasn’t incorporated until 3 years ago when I wanted to make a video. But it was a powerful and important evolution. It’s a recording device. It’s relentlessly observant. It’s unflinching. The lens captures two very important elements that are felt during the performance between the participants: micro expression and the politics of power. Every facial muscle is on display. Every twitch, wince, or moment of complete abandon is captured. It’s highly personal sensual. It’s revealing in way that words are not. In terms of power, it can seen in comparing the interactions. Seeing how timid or assertive the touches and marks are. Where they are placed. Do they touch the lips, the ears, the throat, or do they stay in the prescribed spaces of the forehead, cheeks, and chin? Do they pierce the hairline? Are the marks thick and dark that will require a lot of scrubbing to remove? Were they quick and aggressive? Soft and seductive? Perfunctory? These relationships can be revealed. These performances also give participants a chance to have a moment skin to skin with another living breathing human being. It’s a surprisingly rare opportunity in modern society outside of immediate family circles. How many people really take time to press their bodies in any sort of way against another one? (I’m discounting the non consensual touched that occur every day.) It’s a unique experience. If participants commit to the interaction it’s also surprisingly rewarding. There is a sense of well being, connection, safety, and grounding in your own body.